Proposition 64, otherwise known as the “Adult Use of Marijuana Act,” changed the legal landscape for marijuana-related activity in California. “The Act,” which became law on November 8, 2016, is required reading for those practicing in adult and juvenile courts. Most criminal provisions for possession, transportation, and cultivation of marijuana have been rewritten, with many former felony offenses reclassified as misdemeanors and other marijuana conduct, formally punishable as a felony or misdemeanor, now legal. Conduct deemed lawful under the Act is expressly prohibited from being used in support of a detention, search, or arrest. While the Act is interesting in several other areas, such as taxation and regulation of the marijuana industry, the scope of this Flash is limited to how to obtain relief under the Act for those clients who are eligible for relief yet still suffering the effects of a conviction under the old marijuana regime. 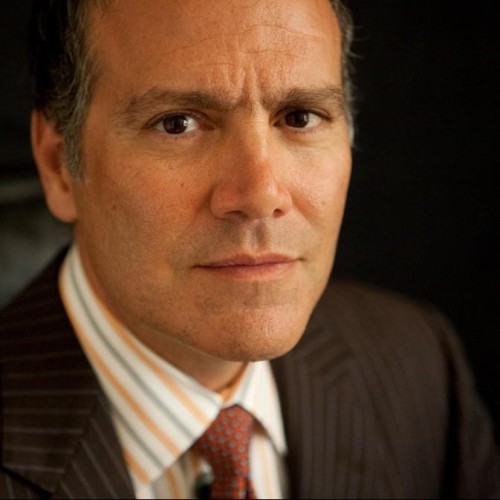 for a free and confidential consultation

Relief Available. A key provision of the Act requires courts to resentence persons previously convicted of qualifying offenses, to redesignate offenses for those who have served their sentence, and to seal the records of eligible offenders granted redesignation relief. Any persons convicted of Health and Safety code sections 11357 (possession), 11358 (cultivation), 11359 (possession for sale) and 11360 (transportation) should consider filing a petition immediately. Those persons with a federal matter that may be impacted by a California marijuana conviction should consider whether a successful petition under the Act might promote some form of relief in Federal court.

Essential Provisions. A basic understanding of the Act is necessary before filing your petition for relief. For our purposes, the relevant provisions of the Act are set forth in Health and Safety code sections 11362.1, 11362.2, 11362.3, and 11362.4. Together, these provisions govern conduct associated with the manufacture, cultivation, transportation, and consumption of marijuana and marijuana-related products. In short, it is now generally lawful to engage in any of these activities so long as the activity is carried out by individuals 21 years of age or older and the marijuana product involves no more than 1 ounce of marijuana, 6 plants, or 8 grams of concentrated cannabis. While the sale of marijuana is still prohibited, it is now legal to “give away to persons 21 years of age or older without any compensation whatsoever, not more than 28.5 grams of marijuana” or “eight grams of marijuana in the form of concentrated cannabis, including as contained in marijuana products.” Section 11362.1. The new laws do not affect existing provisions such as those involving minors or driving under the influence of cannabinoids or ingesting or consuming marijuana in restricted places, like jails and schools. Section 11362.45. If this sounds confusing, an infographic produced by Chris Conrad may prove to be a handy reference comparing California penalties before and after implementation of the Act (the chart should not substitute for reading the Act).  The chart can easily be found by searching for “Prop 64 Conrad infographic” images on the internet.

The provisions for relief are set forth in Health and Safety code section 11361.8. As noted above, petitions for relief under the Act are available to persons convicted of sections 11357 (possession), 11358 (cultivation), 11359 (possession for sale) and 11360 (transportation).  Relief for resentencing applies those “currently serving a sentence” for a qualifying offense, section 11361.8(a) through (d); redesignation, for persons who have completed their sentence for a qualifying offense, 11361.8(e) through (g); and, sealing records, for persons whose conviction “is now legally invalid or recognized as a misdemeanor or infraction,” 11361.8(e) and (f). The burden of proof against granting any type of relief is appropriately placed on the prosecution. The Court is required to “presume the petitioner satisfies the criteria” for the requested relief. Section 11361.8(b) and (f).

The Act does not speak to any sua sponte obligation by the court or the prosecution to seek any type of relief for criminal defendants. What is required of a petitioner seeking relief? It seems that the only burden on a petitioner is to file a petition that is facially sufficient. A facially sufficient petition alleges a qualifying crime. There is no time window specified in the Act for the filing of relief. Those persons who have previously expunged their convictions under Penal Code section 1203.4 should still be eligible for relief.  People v. Tidwell (2016) 246 Cal.App.212. A proposed Judicial Council form has been promulgated and the link to that form is available at the end of this Flash.

With respect to resentencing, the first step in the analysis involves determining whether the petitioner is “currently serving a sentence.” The phrase “currently serving a sentence” is not expressly defined in the Act but should minimally include persons serving time in state prison or county jail, serving mandatory supervision under 1170(h), on parole or post-release community supervision, on probation, whose matter is on appeal, and who was convicted in California but now resides out-of-state pursuant to the Interstate Compact (jurisdiction remains in California; see, “Interstate Commission for Adult Offender Supervision.”) While the Act speaks to “convictions” rather than “adjudications,” section 11361.8(m) expressly makes the benefits of the Act available to juveniles. Juveniles under any species of supervision or restriction should be eligible.

Relief is available for those who pleaded guilty or went to trial. Section 11361.8(a). A new sentence cannot result in imposition of a term longer than the original sentence or result in the reinstatement of charges dismissed pursuant to a plea agreement. Section 11361.8(d).

There are two potential limitations on obtaining resentencing relief: 1. The court must find that the petitioner “would not have been guilty of an offense, or who would have been guilty of a lesser offense under [the Act] had the Act been in effect at the time of the offense . . .” and  2. the petitioner does not pose and “unreasonable risk of danger to public safety,” as defined in subdivision (c) of Section 1170.18 of the Penal Code.

Whether a petitioner would have been guilty of a lesser offense or no crime at all under the new law is not necessarily a straightforward determination. In opposing the request, the prosecution may seek an evidentiary hearing to get behind the offense of conviction, as the Act provides that the Court may consider any evidence within its discretion that it determines to be relevant. Section 11361.8(b)(1). Facts to be a determined at a contested hearing on the issue of what crime was committed, if any, include the defendant’s age at the time of the offense, the nature and quantity of the marijuana involved, and the number of plants being cultivated. Potential disqualifying issues include interstate importation or furnishing to a minor. In either case, if you think a contested hearing may be necessary in your matter, there are reams of court opinions establishing what is properly inside or outside the “record of conviction.” Keep in mind that relief must be granted unless the “party opposing the petition proves by clear and convincing evidence that the petitioner does not satisfy the criteria.” Section 11368.1(b) and (f).  We can hope based on experience with Prop 47 that prosecutors will take a conservative approach to seeking contested hearings. A helpful analysis of Proposition 64, especially in this area of eligibility determination, was recently promulgated and is available at the judicial Council website. The link is provided below.

The other limitation to resentencing relief is the “unreasonable risk of danger” clause, which has proven in the Prop 47 context to be a considerable burden on the prosecution. The annotations behind Penal Code section 1170.18 should be explored if you think your client will have a fight on this issue. Notably, the Act does not disqualify a person from relief simply because they have suffered a registerable offense or a serious or violent felony. While the person’s criminal record is not a disqualifying factor per se, it may obviously be relevant to whether granting the requested relief will pose an unreasonable risk to public safety.

Redesignation. With respect to redesignation and sealing, those persons who have completed their sentence for a violation of 11357, 11358, 11359 or 11360 are eligible to have the crime redesignated and to potentially seal their records. Redesignation occurs when the committing offense is reduced to a misdemeanor or infraction or is determined not to constitute a crime at all. Unlike the resentencing provisions, the Act does not prohibit redesignation relief for those offenders thought to be a unreasonable risk of danger to public safety. The petitioner must only satisfy three basic eligibility requirements specified by section 11361(e): the conviction must be for a crime listed in the Act, the petitioner must have completed their sentence, and the petitioner “would not have been guilty of an offense, or who would have been guilty of a lesser offense under the [Act] had that Act been in effect at the time of the offense. .  .” And, unlike the resentencing section, the redesignation section lacks an express provision allowing the Court to consider any evidence within its discretion that it determines to be relevant.  Rather, “[u]nless requested by the applicant, no hearing is necessary to grant or deny an application [for redesigantion or sealing].” Section 11361.8(g).

Sealing. The third avenue of relief under the Act relates to sealing the record of conviction. Section 11361.8(f) provides that persons who have completed their sentence for a qualifying offense of 11357, 11358, 11359 or 11360, and who would have been “guilty of a lesser offense under the [Act] had the Act been in effect at the time of the offense . . .may have the conviction dismissed and sealed because the prior conviction is now legally invalid or redesignated as a misdemeanor or infraction. . .”  The statute unhelpfully fails to provide any further guidance in this area of sealing. Presumably, the sealing order will at least reach the Court’s own records, but those seeking further relief such as orders directed to the arresting agency should attach proposed orders to the petition that are congruent with Penal Code section 851.8(a)(factual innocence). Certainly, the 851.8 orders provide relevant guidance to a court considering sealing relief for individuals who have committed no crime specified within the Act.

The great majority of applications for relief are intended to be and will be summarily adjudicated based on the four-corners of the petition, but I would caution against producing any application for relief that may arguably be inconsistent with the record of conviction. If in doubt, request a hearing instead.

Incidentally, section 11361.8(h) provides that “[a]ny felony conviction that is recalled and resentenced . . .  or designated as a misdemeanor or infraction . . .shall be considered a misdemeanor or infraction for all purposes.” The section glaringly lacks any limitation on gun rights for those who obtain relief under the Act, in contrast to the gun restriction provision in Prop 47, section 1170.18(k).  Our electorate is apparently unconcerned with dope smoking gun owners.

Domenic Lombardo
Domenic J. Lombardo (Attorney at Law), graduated from University of California, Los Angeles (U.C.L.A.), earning a B.A. in Economics-Business, before graduating with his J.D. from University of California, Hastings School of Law. He passed the California Bar Examination on the first try, and immediately began practicing as a criminal defense attorney in San Diego, California. Mr. Lombardo worked as a defense lawyer at the San Diego Office of the Public Defender from 1991 to early 1996. He opened his own firm in 1996 where he practices to this day focusing exclusively on defending criminal matters.